3 Important Love Lessons I Learned from the The Photograph Movie 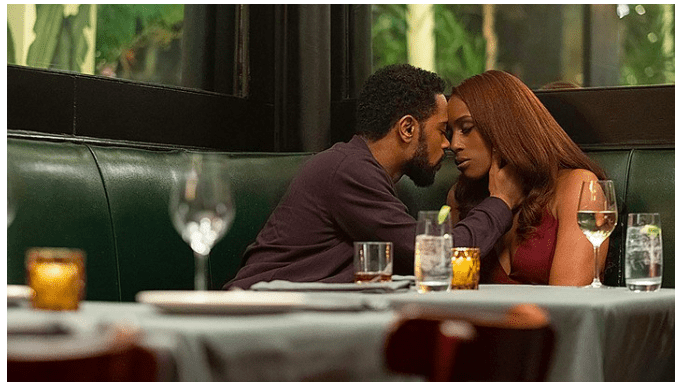 As a relationship coach, I strive to learn as much as I can about love to empower the relationship you have with your significant other. When the movie, The Photograph, came out recently I was game to check it out. After all, there is so much you can learn about someone’s love story that is usually relatable to your love story too. So, my significant other and I decided to check out the new movie, The Photograph, directed by Stella Meghie, staring, Issa Rae, LaKeith Stanfield, Y’lan Noel, and Chante’ Adams among many other talented actors.

We enjoyed this movie for so many reasons. It felt like a modern-day version of the movie classic, “Love Jones.” The Photograph was a diverse representation of thriving, successful African-Americans living in New York City, building their careers while trying to do the relationship thing in an era where relationships are a bit more casual and unpredictable.

The Photograph movie was well written and produced. It provides a different perspective on black love while sharing an aspect of African-American women and men outside of what we generally see in the reality (yet highly scripted) non-reality TV shows of how African-Americans express love for one another. But, I’ll reserve that article for another time. African-Americans aren’t monolithic, and I enjoyed seeing our love story shared in a way that isn’t often shared on a movie screen.

One of the things that makes this movie relatable is its realism of what it looks like to have a thriving career while also being in a relationship. Let’s face it. Building your career takes dedicated time and effort often putting your relationship on the sidelines. I also liked that this movie gave us a view of the main character’s mom’s relationship at a time when women were beginning to be empowered to make decisions about their career choices during the early 1980s. And this was contrasted with her daughter’s relationship in 2020, where women have a great deal of freedom in pursuing their career interests. Yet, even with a great career, it isn’t out the norm to want to have a quality person in your life to share collective experiences. I don’t want to give away all of the salacious details of this movie, but I think it’s important to draw some parallels of how these factors have changed our relationship dynamics.

Here are three takeaways from The Photograph movie I believe we can all agree on when it comes to love and can help you to have a healthier relationship: 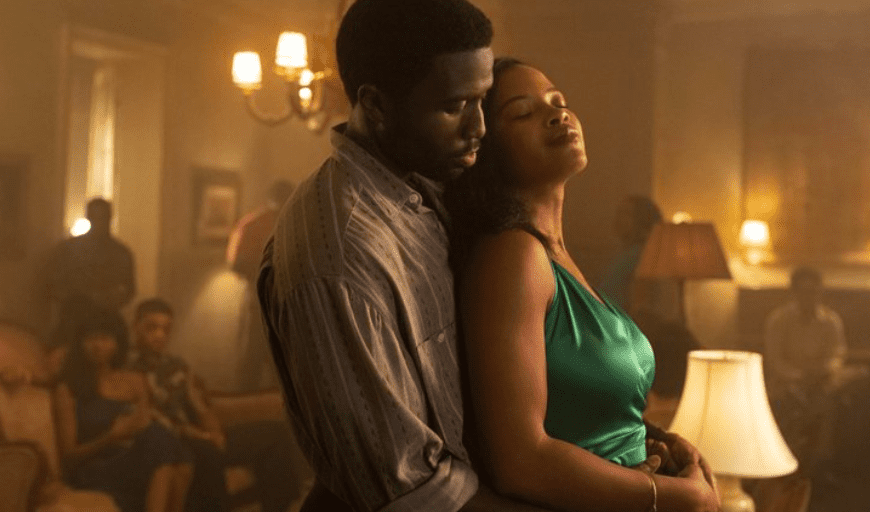 When you finally do let go and allow yourself to be vulnerable with someone that you care about, it can be scary. And when you decide to become intimate in a dating environment where people are sexually fluid, and some are scarily dishonest about their feelings, intentions, and preferences, it can be incredibly tricky to let down your guard. But, the takeaway from the movie The Photograph, is both men and women are scared to be open and honest and authentic or, in other words, vulnerable. However, the more we hold back in being ourselves, the less likely you can or will connect with someone who is the right connection for precisely who you are. Simple but true.

Here is a different approach we can take when we are pursuing a relationship. Instead of worrying about whether someone likes you and if you will land another date early in the dating process, focus more so on how the person makes you feel if you feel comfortable with them, and if you feel like they are the right fit for you. I promise you this will change the way you view and exhibit your vulnerability to them. It was only when Issa and LaKeith’s characters in the movie, The Photograph, expressed their true intentions, i.e. vulnerability were they able to move forward in their relationship with one another. 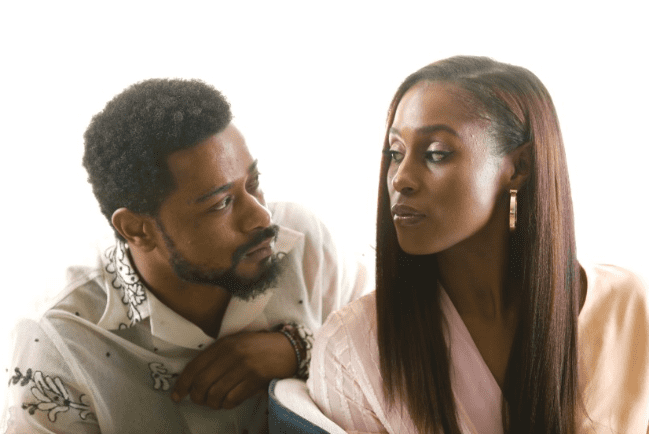 2. Love is messy. Love doesn’t start off like it does in the movies or on tv or what we see displayed on our social media feeds. Love is messy at times. You don’t know if someone is going to be the person for you in the long fun. Love is a succession of many steps, not just one step. But there is power in facing these struggles with someone you love and building a legacy with them through the trials and tribulations that life will inevitably bring your way.

Making assumptions can stop any love story before it gets started. When genuine love is present, concessions and compromises will occur. If it isn’t, the relationship will be short-lived. In the movie The Photograph, one of the characters wanted to make the relationship work even as their career was blossoming, and it meant they might have to live in separate cities. The other person in the relationship quickly stated she didn’t want this type of arrangement. And they both gave up on moving forward. Sometimes two people in a relationship will have to make concessions and sacrifices for the greater good of the relationship. What stops most relationships from forming and developing is when one or both parties aren’t willing to be a little selfless and flexible, which is inherent traits of what creates a healthy relationship dynamic.

We forget at times that a relationship is about partnership and teamwork. It means that one of the people in the relationship may step back to allow the other person to progress or make a sacrifice to see the relationship move forward to the next step. But, this should happen on both sides. And while your relationship should be 50/50, the reality is that oftentimes it won’t be. You may have to be 60/40 and when needed and the time comes, it should flip the other way where your partner puts in the extra effort. When it’s all said and done, effort should match the love you have for one another and be for the greater good of the relationship. If you look at it that way, then you will have a thriving relationship because you are working for the greater good of one another. 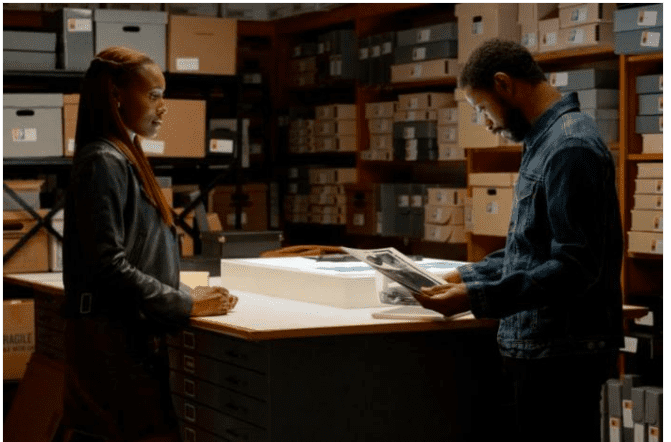 3. Don’t assume without having a conversation with your partner that you can’t meet their needs. We see this in the two couples in the movie, The Photograph. One lets the love of their life go because they are unafraid they couldn’t fulfill their needs or what they hoped to accomplish. And the other one assumes they made it easier by not communicating to them how much they needed them.

While it can be sweet and thoughtful to let someone move on without you because you think you are allowing them to grow into the person they want to become, don’t shortchange yourself because you could be precisely what they need even when it may not seem to be the case. It’s often the person who we least suspect that can ground and center us in our relationships.

One couple didn’t have this realization and spent their lives apart when they knew and felt for one another was undeniable because they made the assumption they weren’t enough or that they were complicating the other’s life. You could have what you want in front of you, but somehow talk yourself out of the relationship. Then you start to consciously and subconsciously take steps to sabotage your relationship. Don’t be that person. I can relate because I was that person. And the reality was I would hold myself back from being in relationships that were actually good for me. I want you to learn from me and others that you don’t have to necessarily block what could potentially be the right relationship for you.

And in this movie, I saw that in two of the characters over and over. Why? Because it’s not uncommon for you and me to get stuck in our assumptions and end up losing out on a good thing only to regret it later. A lot of this starts with the way you talk to yourself and how you feel about yourself. When you mentally don’t feel you are deserving, life has a way of playing out this verbiage. Don’t go down this road. Life is short, and finding someone who is compatible and a good match for you isn’t something to take for granted.

Love can be complicated because sometimes we choose to overcomplicate it. Don’t be afraid to have the relationship you want and deserve. If you need further proof, go and check out the movie, The Photograph. After all, it’s better to learn how to do better in your relationship via a storyline of characters in a film, versus allowing this scenario to this play out in your real life.

Until next time, XoXo

Are you looking for personalized dating advice? You can get questions answered on the following: