Bill Cosby: Why is the African-American Community Protecting Him?

Bill Cosby and other fragmented African-American men are a sore topic these days. Black males in America have been demoralized throughout our history and, as a result, the black community has become protective of their image, character representation, and how we discuss them in public.

Race discussions can be highly charged. We are hypersensitive because of the backlash associated with racism. Nobody wants to be perceived as a racist. There is also a troubling social double standard so whenever a minority male does something wrong, the reflection on the African-American community as a whole makes the matter worse.

I am a part of the African-American community. What disturbs me is when we either fail to address or try to justify bad behavior to protect a member of the black community. This does not have good consequences for us as individuals or as a community. 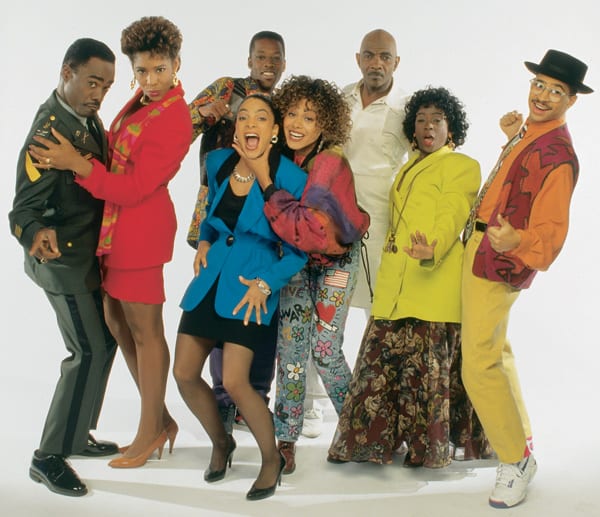 I grew up watching The Cosby Show and A Different World. Both shows were produced by Bill Cosby. These shows helped to usher in a new kind of public acceptance. Viewers learned that love, success, and a focus on education did exist in African-American homes. A great deal of diversity in African-Americans coming from different walks of life were highlighted in both of these shows. Viewers took note. They wanted to model the families and characters so they too could have a better life, become more educated, and have a taste of the American dream.

Bill Cosby also helped many African-American actors and actresses get their start in front of the camera. He helped others get jobs behind the scenes. He was the man, an iconic figure in the African-American community, and outside of it as well. This is what makes the accusations of a history of sexual misconduct even more difficult to accept.

Prior to Cosby’s shows, stereotypical images of African-Americans dominated on TV. In these shows, the storylines often did not ring true. African-Americans, like other ethnicities, are not monolithic. We are multi-faceted.

At the time, African-American people where I worked told me they thought The Cosby Show was unrealistic and not relative to their experience. I became defensive and protective of the show. In my community, there were families who did resemble the Cosbys. There were African-Americans who were well off, professional, and well educated. The Cosby Show was one of the few shows on television to demonstrate this reality.

The Cosby Show was a difference maker and a deal changer. It forever changed public perceptions of African-Americans and their ability to achieve family harmony and social success. This is why people now struggle with separating Bill Cosby from his impact on the culture and from the upstanding character he played on the show.

But we must separate them. Bill Cosby now faces some serious accusations. He is accused of taking advantage of dozens of women and, in some instances, possibly having sexual relations with them without their consent This is wrong. No matter what kind of national hero you might be.

Women keep stepping forward to share similar experiences of what happened to them when they spent time with Bill Cosby. These women are stating how these experiences demoralized them and dramatically impacted their lives in negative ways. Bill Cosby has acknowledged that some of these events did in fact occur. His behavior was wrong. He was wrong to take advantage of these women, and then to lie afterward. His defense has been that he helped these women with their careers. This does not make his behavior acceptable.

It is also wrong when people say the women deserved it. It is wrong to downplay Bill’s bad behavior by saying the women were groupies. There is no reason to justify what he did or to lessen the serious nature of what occurred.

Let’s put it in a different context. If one of these women was your daughter, sister, cousin, or close friend, how would you feel?

I believe we need to look at the situation more fairly. After all, these women belong to our extended community and they deserve our support. What Bill Cosby is accused of does not reflect the African-American community or the other African-American men in our community. However, it hurts us because Bill Cosby was someone we respected, looked up to, and let into our homes. He shaped the experience we want to have with our families, how we want to raise our children, and the lifestyle success we want to achieve. What The Cosby Show represented was an exemplary perspective of a loving family. We need to recall this separately from our current opinions on the behavior of Bill Cosby. We need to separate the man from the character he played on TV.

When women are raped or assaulted, we need to acknowledge this is wrong and stop making justifications. When we don’t, we send a horrible message to our young women. We are telling them that it is ok for a man to take advantage of them, that they should not speak up or talk about it, and that they are at fault for being in the situation. Yes, women need to be prudent in their decisions, but men need to respect women, not take advantage due to a position of power or influence.

Once we start bringing these dialogues into the open within the African-American community, we can become the voice of change. When we expand the conversation outside of our communities, this will we help the process of healing for the victims. Our advocacy will also expose wrong behavior to prevent it from happening over and over again. When we do this, we protect the people who should be protected. We stand by the victim, not the victimizer.

You are capable of receiving love. There is a relationship that will work for you. Sometimes all you need is a nudge in the right direction. If you are struggling with your current relationship, newly divorced and looking to get back in the dating scene, or single and trying to find the right person for you, maybe I can help. Reach out to me at [email protected], or sign up on my website to receive dating tips and relationship advice. For fast advice, read my book, The Relationship Investigator’s Fast Guide to Successful Dating.

PrevPreviousWhy Is Camille Still Married to Bill Cosby?
NextHOW TO RAISE A SUCCESSFUL CHILD AS A SINGLE PARENTNext