HOW TO RAISE A SUCCESSFUL CHILD AS A SINGLE PARENT 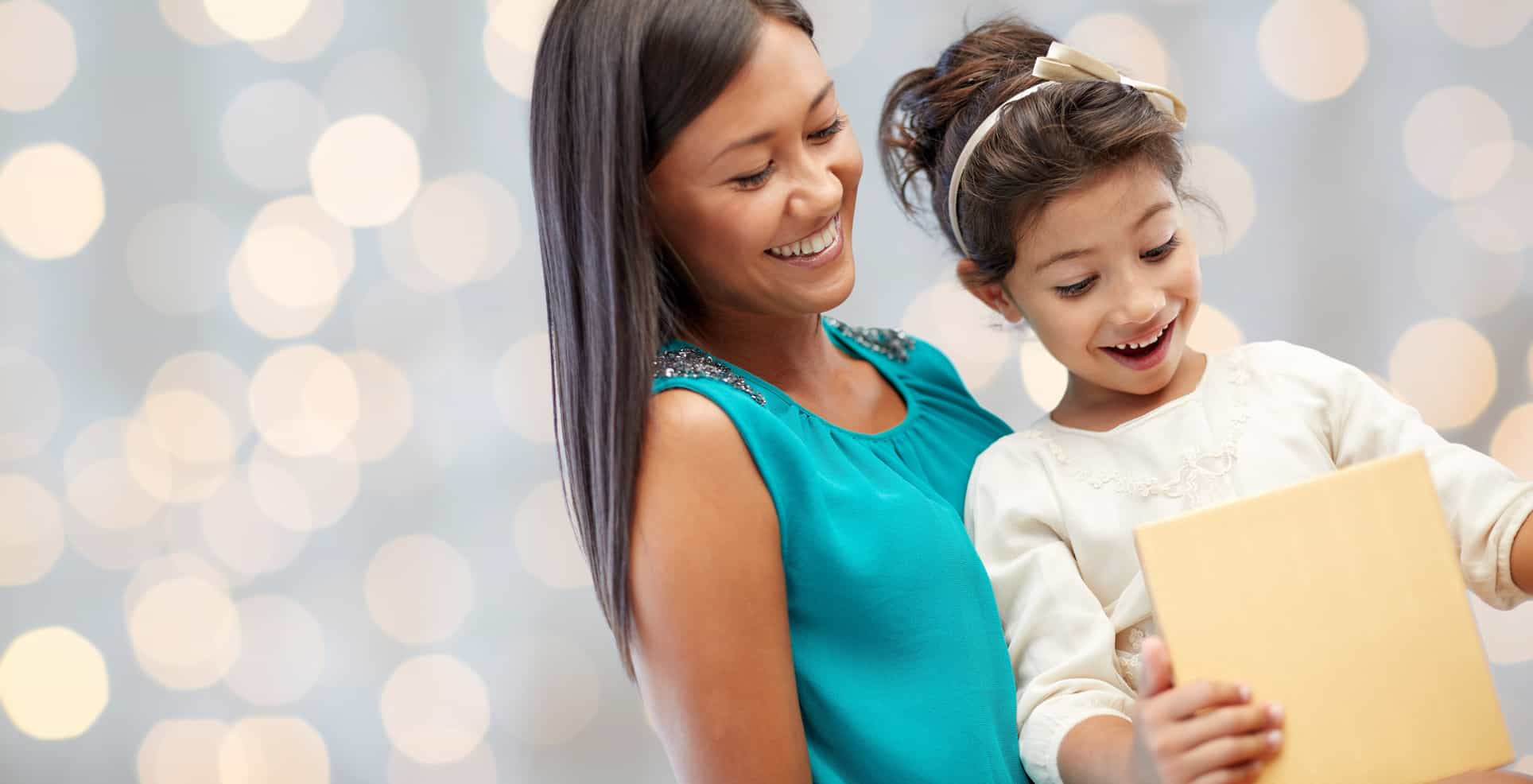 As we get into the political season yet again, the pundits take aim at single parents, blaming us for increased crime, drug abuse, incarceration, poor parenting, poverty, and pretty much everything else under the sun.

As a single parent who raised a good, successful child, I get incensed just listening to the rhetoric. I am tired of the blame shifted to single moms for all of these ills. After all, it takes two to consummate a relationship and have a child.

If there are single moms, there are single dads too. So why isn’t the turmoil seen as a joint responsibility instead of all the blame being focused on one parent? Why don’t the pundits ever acknowledge the fact that single parents have certain advantages that two parent homes don’t? Why aren’t we helping those single parents struggling to raise their kids by providing them with what they need for raising a successful child?

In order to open up a dialogue about the topic, I want to dispel the myths.

Myth #1 – If you come from an intact home with two parents, you will raise successful, stable children.

No, not necessarily true. Kids who experiment with alcohol, drugs, and sex and who break the law come from both single parent and two parent homes. In fact, as the numbers of kids coming from single-parent homes has climbed, crime has not increased. In fact, crime decreased to a 40-year low in 2010, even while poverty steadily increased.

Presidential candidate Carly Fiorina said during a Republican debate that she lost one of her stepdaughters to drug abuse. Carly and her husband are representatives of the upper class living in what is considered an intact family. And yet, this situation did not save their child from drug abuse.

What increases the likelihood of kids experimenting with alcohol, drugs, sex, and breaking the law is a lack of parental involvement. Blame can also be placed on the peer group, and the ability of the parent to help their kids make wise choices until adulthood.

Most kids will get into some mischief, but keeping them busy with school, athletics, and academic activities can prevent them from getting into more serious trouble.

Growing up in two different socio-economic environments, I discovered that drug use was more common in the more affluent areas. What stopped me from experimenting with drugs and alcohol at a young age was not my two-parent home, but my parents’ values and rules around these types of behaviors. I did not want to disappoint them, and they scared the crap out of me with what could happen if I ever indulged in illegal substances. It was a healthy fear that kept me grounded in reality.

I exercised some of these same parenting tools with my own child. My daughter did not experiment with these particular things because we had discussions around the damage they could do to her mentally, to her future and her life plan.

Myth #2 – If I have a husband/wife or male/female figure in my life, my kids will be better off.

No, no, no! This is absolutely no guarantee that kids will be fine. I am all for having parents stay together because I think this is the best course, but they have to really work together. Being with someone who is abusive or who has drug issues actually increases the chances that children will repeat this behavior. It makes it more likely they will get in trouble.

Unfortunately, we model much of what we see growing up later on, when have our own relationships. I have many married friends who are good parents, yet only one is actually taking the brunt of the responsibility in parenting. We joke about this all the time.

I tend to think my plight is more difficult as a single parent. But my friends who are married joke that they are married single parents. What they mean is they are the one handling the majority of parental responsibilities. Marriage or cohabiting with someone does not automatically make everyone evolve into an involved parent.

The bottom line is that you need to have the right husband/wife, boyfriend/girlfriend, or male/female figure in our life. Having the wrong person in this role can cause more damage to kids than healthy single parenting will.

If you don’t have a viable mate or father/mother available to your children, use your community as a resource. Find programs that are geared to support your family either via church, community centers, or outreach programs. Find healthy males/females who take on mentoring roles to provide a healthy male/female role model. Or use extended family such as uncles, cousins, or close friends who you would want your child to learn from. There can be excellent parenting success for single parent homes when kids have exposure to multi-generations, extended family, and the community as a resource.

Myth #3 – If a child is raised in a single parent home, they cannot be truly successful.

This is another untruth. Unfortunately, the media constantly shows us negative examples of single parenting, but rarely do they share the success stories.

Here are a few examples of individuals who have been successful even though they were raised in single parent homes. Barack Obama had a single mother, but because of his multi-faceted experiences growing up, he went to Harvard and was twice elected President of the United States. Jet Li was raised in a single parent home and became one of the most recognized martial arts stars and actors in the world. Stephen Colbert and Barbara Streisand also grew up without their fathers, yet both rose to the top of their particular industries. Many other successful people have not allowed growing up in a single parent home to limit their success. If anything, their experiences became the fabric of what made these people even more successful.

It is not the quantity of parenting, but the quality of parenting that counts. If you are a single parent and provide good quality parenting, you will dramatically increase your kid’s likelihood for life success.

Raising children in a healthy environment is what will make them successful. When I decided to divorce my husband, some family members and friends told me this was a big mistake. They told me my daughter was going to have more difficulties and end up worse off. I became quite determined to prove them wrong. I even had a running joke with my daughter about how she had to help me break the stereotype of single parent kids and we had to be successful as a team to prove all of the naysayers wrong.

As a single parent, I became much more resourceful then when I was during my marriage. I realized I was stronger than I thought and this understanding helped me to choose better relationships. My daughter and I bonded because we had to help each other and operate as a team. And my daughter has grown up to be a very responsible, focused, and determined individual. Her dad and I co-parent to best of our ability so that she does not feel unloved, neglected, or unsupported.

And while her father and I went through the ups and downs of parenting together, often disagreeing and having conflicts, we were both determined to instill the right mindset in our daughter. It was the mindset to be successful. In this way, we helped her to be a good person, excelling academically and making smart decisions.

I am not advocating for anyone to opt to become single parents. If you are able to work through your relationship, you should do so. But some relationships do not work out and are not healthy for an individual and the children. No one goes into a relationship with the goal of divorce or a breakup, but sometimes these things happen.

What is most important is how you navigate the course of parenting following a breakup. Parenting style, involvement, and interaction with children is what leads to success as a single parent.

We need to change the conversation from blaming single parents to providing the support, help, and guidance they need for parenting on their own. We need to stop pointing fingers and start offering our help. The result will be more successful kids. The future of our country depends on this.

You are capable of receiving love. There is a relationship that will work for you. Sometimes all you need is a nudge in the right direction. If you are struggling with your current relationship, newly divorced and looking to get back in the dating scene, or single and trying to find the right person for you, maybe I can help. Reach out to me at [email protected], or sign up on my website to receive dating tips and relationship advice. For fast advice, read my book, The Relationship Investigator’s Fast Guide to Successful Dating.

PrevPreviousBill Cosby: Why is the African-American Community Protecting Him?
NextFailure – An Essential Ingredient For Coaching SuccessNext